Simchair project started a few years ago with a desire to make an inexpensive yet decent scale helicopter controls set. The very first model was built from metallic profiles, bicycle pedals, modified PC joysticks and stuff like that. 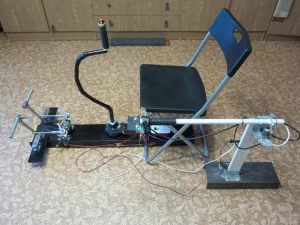 It was working for some time, but also had a lot of issues, and with the rise of 3d printing technology, I decided to make a second version. That one is still available as the Simchair MKII on thingiverse. It was meant to be printed in ABS plastic, and become obsolete with PLA becoming more widespread. 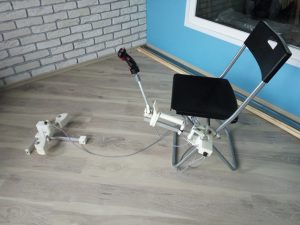 The current, 3rd version is a big step ahead, featuring a much better precision, design, and ergonomics. It is designed to be printed in PLA. With a recent I2C major upgrade, a lot of compatible peripherals were updated/released, and a lot more are currently in/ are planned for development. 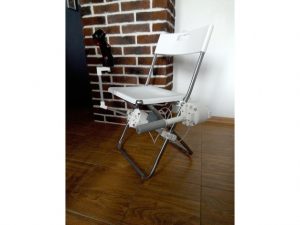