After finally getting some long enough sleep I thought again on my failed attempts with a Melexis sensor. The sensor itself is quite precise and has some DSP onboard, so I tried it again with a spherical gimbal and noticed that depending on how close a magnet is to the sensor, it outputs not a circle, but a square, inclined to 45 degrees. I thought, “- what if I simply cut excess values and make it a square?”, and did just that. The idea behind it was that jitter of the point in a joystick tester sketch seemed minimal,  so the physical precision of the sensor looked like being enough to work well. As long as we have a 15 bit external ADC that powers our gimbal, we should still have something like 4096 points per axis even with this reduced range, which is plenty.

Now, if we use a disk magnet instead of a square one, unarrested twist axis is not an issue anymore, it doesn’t affect X and Y positions in a big way. So this design seems to be perfectly fine for vertical sticks, or sidesticks, and I think with a pneumatic mod it can be as good for everything else. Its beauty lies in its mechanical simplicity, only a few parts are needed, it can be quite small in size.

I think I will make, test and publish both versions so everyone will be able to choose something for himself =) There’s also a third version, the 608 and MLX based one, its fate will depend on a degree of success of the spherical bearing based one =)

Meanwhile, some progress on the 608 and SS495A based version:

I’ve printed and assembled both versions I was talking about in the previous post, and sadly, I had to revert to using SS495A sensors. That’s because the MLX sensor is not so good at displaying values at the angles of the square, like x:1000,y:1000 or x:10,y:10. It also has quite a high jitter near edges of axes. If someone has some experience with these MLX sensors (I am probably doing smth wrong) plz share it with me =)

Meanwhile, I’ve redesigned the new gimbal for use with trusty old SS495A sensors. I am pretty sure it still needs some adjustments, but it uses the same distance from sensor to the magnet, and same 6x6x4 magnets (5x5x5 mod will be available as usual) as well, so I think we will see it in action soon enough.

Here’s how it looks: 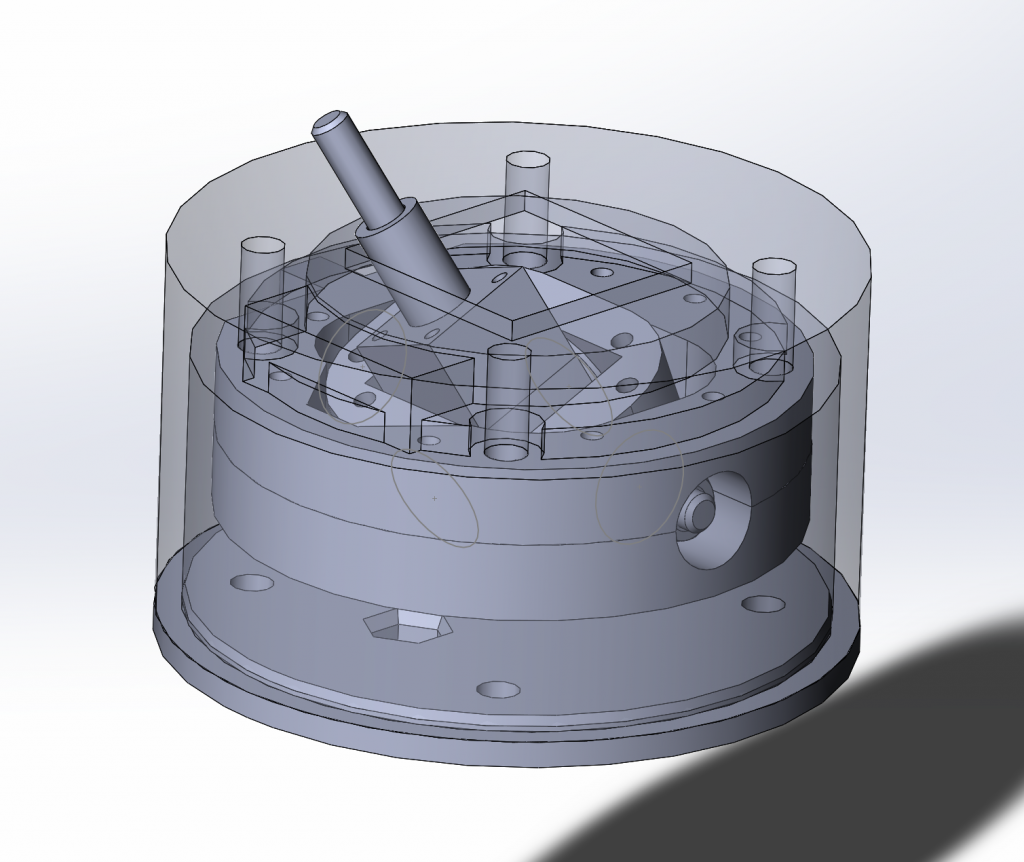 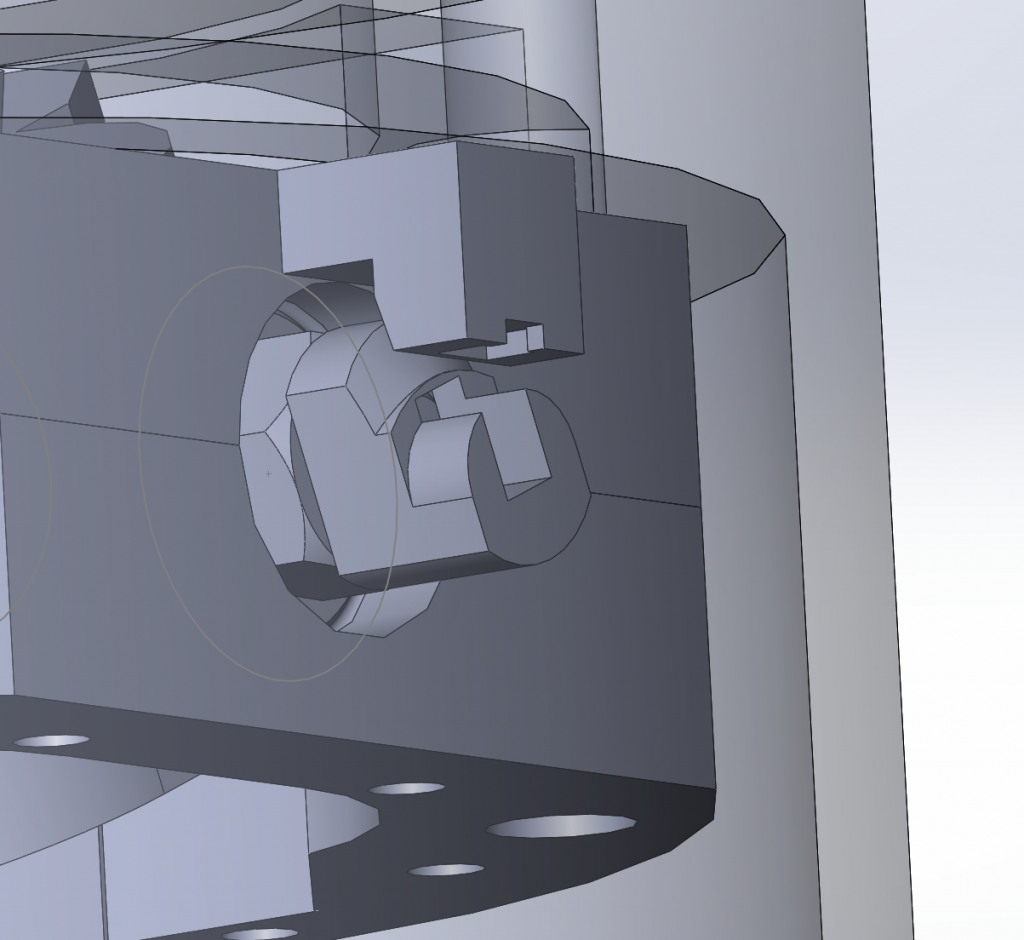 Working on Simchair takes a lot of time and resources: plastic, hardware, and sensors. If you like the project, consider supporting further development with a donation.