I have assembled the twin lever today, everything fits very good. However, I should probably describe one minor “issue”. While building the lever, one MUST drill holes in the second engine throttle grip frame AND put screws into that holes STRICTLY BEFORE routing wires through the lever. Had to put everything apart 3 times because of that (well, at least this way I confirmed the possibility of disassembling the lever multiple times without breaking it). I also noticed, that in the dev snapshot the “collective_connector_adjustable.stl” file was oriented incorrectly. Consider turning it 90 degrees along the Z axis, or removing supports from inside of it will be very hard. Another very minor issue is with an idle stop “detent” mark, it will probably be placed 5 or 10 degrees higher. Otherwise, the dev build files are fine. Will correct this stuff in the release version, which I will post in a couple of days after some testing.

Now, let me share my feelings from the first flight with it!

END_OF_DOCUMENT_TOKEN_TO_BE_REPLACED 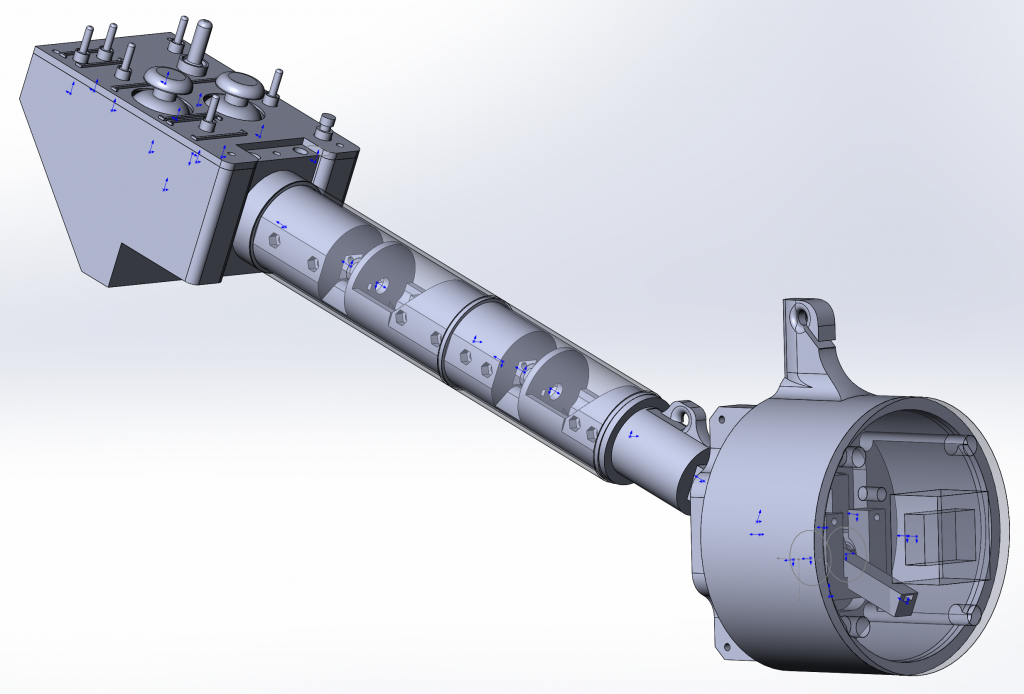 Here’s the twin-engine collective lever edition for the AB412 head. This thing is now being printed, and I hope it will come out alright from the first print =) Let me know if you need a dev snapshot.